Bid to vote on betting machines at tracks sparks dispute

BOISE — Backers of a ballot initiative seeking to legalize lucrative betting machines in Idaho said Wednesday that the Coeur d'Alene Tribe has hired operatives to deter and intimidate voters from signing the petition, a claim the tribe denies.

It’s Election Day. Here’s what you need to know about voting

TWIN FALLS — Don’t know who to vote for in your city’s upcoming mayor or City Council election?

Sitting this one out: Nonvoters discuss upcoming election

TWIN FALLS — While voters across the political spectrum have expressed strong opinions in this presidential election, some registered voters are unimpressed by either major party candidate. 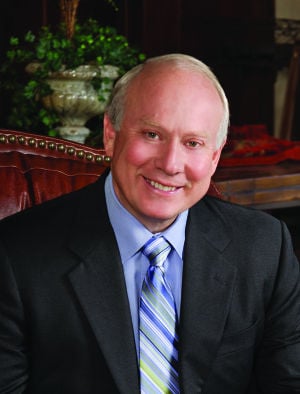 BOISE (AP) | Idaho isn't known for attracting political powerhouses during presidential races. However, what it lacks in clout, it makes up for being home to one of the GOP's wealthiest donors.

"It was surely a lot easier four years ago," he told The Associated Press. "There was a clear front runner to get behind. Romney was head and shoulders above the rest of the field ... I surely have who I think will be the best president in my mind. But the question is, can they get elected? If they can't get elected, you're just wasting your time, aren't you?"

Securing VanderSloot's backing would be a valuable boost to any campaign. For example, VanderSloot gave at least $1 million to a political action committee supporting Romney. He also served as one of Romney's national campaign finance co-chairs, raising $2 million and $5 million.

Also on his short list is former Florida Gov. Jeb Bush, who VanderSloot praised for being articulate and having the resources to raise campaign dollars. And while he believes the hype surrounding Donald Trump will eventually fade, VanderSloot said he supports the businessman's ability to resonate with the public by kicking political correctness to the wind.

"(Trump) is such a breath of fresh air. But it's not about what he's done, what's his motive? He's always been it if for Trump and he will always be in it for Trump first," VanderSloot said.

"If Paul wins the nomination, we'll see a Democrat in the White House," VanderSloot. "He is far down on our list."

Yet VanderSloot says the uptick in presidential candidates coming through Idaho marks a stark difference in the state's influence compared to four years ago. He pointed to Idaho's Republican dominated Statehouse passing legislation earlier this year that will move the state's GOP primary presidential election from May to March as a critical point in Idaho evolving as a political player in future elections. Before, the presidential nominee had often been determined before Idaho had even voted.

VanderSloot's involvement in presidential races hasn't been without pushback. In 2012, President Barack Obama's campaign listed VanderSloot as one of eight Romney donors having questionable and less-than reputable records. Shortly afterward, the Internal Revenue Service and U.S. Department of Labor subjected the mega-donor to two federal audits.

The criticism has spurred VanderSloot to be more open and vocal about whom he supports —a resolution he encourages other donors to adopt.

"We will be more financial active than the last election," he said. "Shame on them for trying to stop us from speaking out."

VanderSloot said he isn't running away and wants to set an example.

"This year we're more interested than ever in helping people get their message out," he said.